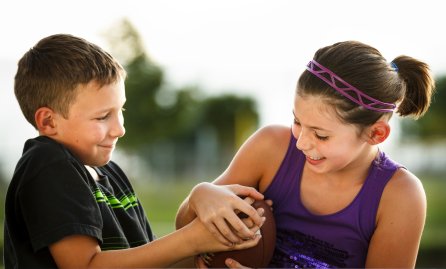 Last week the PEP community lost a close friend and longtime class leader, with the death of Steven J. Stein on February 25. A psychotherapist helping individuals, couples and families for more than 30 years, Steve was also a leader in several Adlerian professional organizations and a frequent presenter at national conferences. At PEP, he taught Adlerian Theory, Positive Psychology and Setting Limits and Boundaries for 18 years and was a chair of PEP’s board of directors. Many parents remember his encouraging manner and his skill at making complex psychological theories clear and relevant.

In memory of Steve, and in gratitude for his many years of generous leadership at PEP, we are reprinting excerpts from an article he wrote for Washington Parent magazine in 1998.

Perhaps some of the following remarks are familiar: “Your sister gets excellent grades; I expect the same from you!” “Your brother didn’t give me half the trouble that you do!” “This one is my scholar and this one is my cheerleader.”

Let us assume that those comments were made with the best of intentions. Perhaps in frustration, or even with purpose, we compare one child to the other, hoping to challenge and motivate the straggler to follow the higher achiever and perform as well or surpass her.

What’s the Impact on Our Children?

When a child hears comparisons, he often misinterprets them. The son you try to motivate by saying, “Why can’t you apply yourself as your sister does?” may begin to think that his sister is the favored child. If the comparisons are frequent and she is constantly held up as the model, he grows more convinced. Worse yet, he may even wrongly conclude that she is more loved. When this happens, we create a truly discouraged and underachieving child who lacks the motivation and courage to pursue, advance or even to try. We, the parents, find ourselves with a “sunken treasure.” We know our son is capable and filled with potential. [Yet] we express, “I’m disappointed in you. I expect so much more!” The child will frequently respond by sinking even further, reflecting loud and clear his discouragement.

Another response to parental comparisons is anger towards the parent. For example, if your daughter believes that her brother is the favored child, she manifests this through oppositional behavior. So when the parent says with annoyance, “Why can’t you be content like your brother? You’re such a complainer!” she responds intolerantly, “Because I’m me. I hate him anyway!” The parent, now more irritated, chastises, “Don’t talk like that in this house!” And the daughter, sadder and angrier, blurts our those dreaded words, “I hate you, too!” and dejectedly walks away.

How to Reduce Sibling Rivalry

The basic principle for reducing sibling rivalry is to encourage your child without comparing. Although easier said than done, a few guidelines follow:

Prevent your interaction with one child from being “misinterpreted” by another. Let’s assume you have a 9-year-old daughter and a 7-year-old son with moderate learning disabilities. She complains, “You always help him with homework, how come you never sit down with me?” The sensitive and effective parent responds, “It must seem as if your brother gets more of my attention, and perhaps you think I’m placing greater importance on his schoolwork than yours.” The parent adds, “I’m always impressed with how involved you get with your schoolwork. By the way, would you read me something before going to sleep tonight?”

Don’t intervene as judge and jury, finding one innocent and the other guilty. Now let’s assume your youngest is a 4-year-old girl. She complains that her 7-year-old brother hit her. The parent, on “automatic pilot” governed by preceding generations of parents, most often punishes the older (he should know better) and protects the younger. However, this response creates rather than reduces rivalry. The older, now the guilty perpetrator whom you have just sent to his room, glares at his sister as he walks past her, thinking to himself, “Just wait till next time, you little pest.” And, still within his hearing range, the little girl says in a whisper, “Ha, ha!”

A more effective parental response is refraining from judging one child right and the other wrong. To diminish fighting, bickering and rivalry, put both children in the same boat by giving each an impartial cooling down period. When they each experience the same consequence at the same time and for the same duration, neither should conclude that one is more preferred than the other.

By reducing sibling rivalry, we help our children focus on navigating and advancing through life. Each day is filled with challenges, and we want them to keep their eyes on the road. If they constantly turn their heads from side to side, comparing and measuring themselves against each other, they may run into some major potholes. The biggest of these is the false conclusion: “I’m not good enough!” Carrying this belief to the next intersection, where there is both a high road and a low road, the discouraged child is more likely to choose the low one—the pathway of further discouragement.

[A parent’s] challenge and task is to encourage their individual uniqueness and contributions. To do so means to stoop down, place ourselves eye-to-eye with that “sunken treasure” and help him to appreciate his value. Tell him, when he is least expecting it, “You’re really a neat kid. I am so blessed to have you!” Decreasing sibling rivalry means valuing each child, separate from and independent of the others, encouraging without comparing.

Thank you for honoring the wise, effective, and caring Steve Stein by republishing this helpful article. His passing is such a very sad loss to the world, but his life was one in which he spread so much enduring encouragement, to his students, his colleagues, his patients, & his own lovely family, of which he was so rightfully proud. May we all be as encouraging to our own families, our communities, and the world at large.

Such sage advice from a man who provided guidance to so many people, including me when I was starting at PEP. Steve made a huge contribution to parents, PEP, local and national Adlerians, and he will be so missed by us all.

He said the concepts through examples so clearly. Steve will be greatly missed

l didn’t know until just now that Steve died. I am devastated. He was a wonderful teacher and therapist. I’m so sad.

Thank you, Leslie. We all miss Steve so much.