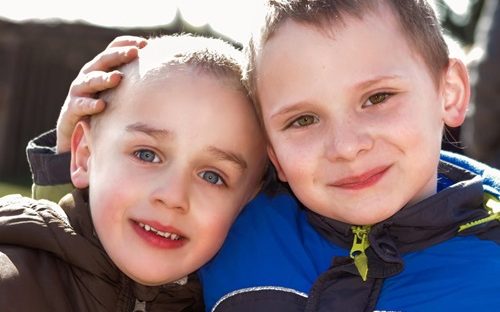 Democratic Parenting Style: What It Is and How to Practice It

Eight-year-old Maya begs to stay up later because she wants to watch TV or play a game. Her mother, Isabel, often gives in because she thinks her own parents were too strict, and she wants to be a different kind of parent. Maya often gets cranky and sleepy during the day, and cajoling her leads to frustration and power struggles. Eventually Isabel loses her cool and yells angrily, “Go to bed!”

Nathan, age ten, is made to go to bed every night at the same time. His parents are very strict and don’t let him read in bed, even though Nathan finds that makes him sleepy. His parents say they know best, and if they catch him with a light on in his room after bedtime, he will lose his screen-time the next day. There are frequent power struggles in Nathan’s house, too. At times, his parents throw up their hands and say, “Fine – stay up as long as you want, we’re tired of fighting.”

When we choose the permissive style of parenting, similar to Isabel’s, things seem to go well – until they don’t. Then parents swing in the opposite direction, becoming authoritarian, because nothing seems to happen until they show that they “mean business.”

When we choose an authoritarian style of parenting, like Nate’s parents, we eventually throw up our hands and swing toward permissiveness, because being an authoritarian parent is exhausting and it’s not much fun either.

Both of these scenarios are examples of “pendulum parenting.” When we cling to one of these styles, we inevitably end up going to the other extreme, either because we doubt our approach or because it causes too much hardship to maintain. In some families, this pendulum can be seen within a set of parents, with one tending to be more permissive and the other more authoritarian.

There is a third style known as “democratic parenting.” Rather than the parent running the show (authoritarian) or the child steering the family (permissive), democratic household are based on respect for both the parent and the child. This style represents a consistent path forward, rather than inconsistent swinging from side to side.

The mutually respectful, democratic approach offers what Dr. Betty Lou Bettner and Amy Lew (authors of “Raising Kids Who Can”) call “The Crucial C’s.” The Crucial C’s include a sense of Connection, feeling Capable, having Courage and feeling like he or she Counts. Every child craves the Crucial C’s.

When we keep these needs of children in mind, it’s easier to stay on course with the democratic model of parenting. We witness our children being able to connect, feel capable and courageous and experience a true sense of belonging. When children receive the “Crucial Cs,” they are less likely to act out and misbehave because they are getting what they need. This helps keep everyone in the family moving forward together, rather than swinging in opposite directions.

Maureen McElroy, MA, MS, LGMFT (maureenmcelroy.com) is a licensed family therapist in Bethesda, Maryland. She is also a Certified Parent Educator with the Parent Encouragement Program (pepparent.org), which offers classes and workshops for parents of children ages 2 1/2 – 18. This article is excerpted from the October 2017 issue of Washington Parent Magazine. See the full length article here.

And don’t miss out of PEP’s NEW! Online PEP Master Class: “Encouragement! Building Confidence from the Inside Out.” It’s for parents of children age 2.5 to 5. The self-paced class begins Saturday, August 4 and ends Friday, August 31. Join in from any online device. The cost is $99.00 (an introductory rate. The class is regularly $129.)