This blog entry was first posted at The Imago Center of Washington, DC.

Are there more narcissists in America these days? We see entitled children with iPads whose parents hire Uber to take them to their friend’s house and to training with their private coach. Are we afraid to disappoint our children, or hold them back, when we agree to pay for and drive them to another art class, sports practice or music lesson? Do they feel inadequate if they are not considered “gifted”? When did excellent become the average?

It’s not surprising that a recent study has shown that parental behavior can have an effect on whether offspring grow up to be narcissists. In this study, recently published in the Proceedings of the National Academy of Sciences, Brad Bushman found that parents who consistently overvalue their children’s accomplishments tend to raise little narcissists, who unfortunately become grown-up narcissists.

Previous generations of children were taught to show humility and deference to adults, to be seen and not heard. It wasn’t ideal to have so little say as a child, but kids now tend to have more than equal say and most often get their way. They are the priority in the family. Activities are centered on them and their performances, sports and academics. Conversations between adults are mostly about their kids. We have far more information on how to raise children than our parents and grandparents had, but in our earnest attempt to do it right we are misguiding them.

We somehow have the mistaken notion that our job is to make our children happy and to smooth the road for them, so they can “blossom.” We tell them how wonderful they are. We can’t bear to see them get hurt, struggle or suffer embarrassment. We take pride in their accomplishments as if they were our own. If they fail, we feel that we have failed. I have seen parents turn their lives upside down in order to rescue their children from the consequences of their mistakes, somehow thinking that their child doesn’t deserve what naturally follows from a failure. When we do this our children come to believe that they can’t handle failure. As a result, they avoid challenges. They haven’t learned that they are capable of overcoming setbacks. They don’t get to feel the satisfaction that comes from persistence, effort and personal accomplishments.

This starts when they are very young and continues through young adulthood and beyond. When my daughter started preschool, at 2½, she cried every time I dropped her off. After five days I asked her pediatrician whether I might be damaging her—maybe she was too young. He said, “You can take her out, but not for long, or you will be teaching her that you are going to rescue her whenever she puts up a fuss. There is nothing wrong with her. She would just rather be with you.” I relaxed then, knowing I was doing the best thing for her growth. Within a couple of days, she was fine. I realized it had been more about me than about her.

My son was by far the smallest in his class. He was in the negative 15th percentile for growth most of his life. He was teased and bullied at school and had trouble on sports teams. I was tempted to move him to a kinder, gentler school. Instead, we talked about why a person would want to bully someone else. We talked about how we all have something that sets us apart and makes us different. He started to gravitate to kids who had more unusual characteristics because he could identify with them. Things didn’t always come easily for them either. He later discovered his physical strengths—speed and agility—and put them to use. He learned empathy and resilience.

Adversity can strengthen us, and even open doors to our sense of purpose. Contrary to what the self-esteem movement proposes, I believe there is value in being average. Ordinary people cannot escape difficulty. And difficulty is necessary for growth.

When we don’t rescue our children, and instead allow them to grapple with difficult situations, they learn that they are just the same as everyone else. They also learn that patience, passion and effort can lead to success. These kids won’t grow up to be narcissists. 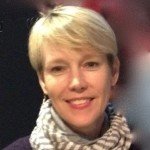 Tory Joseph is a certified parent educator, a frequent leader of PEP classes and a past president of PEP’s board of directors. She is also a psychotherapist with The Imago Center of Washington, DC, and the mother of three 20-something children.

This is so clarifying, and your son’s story is a touching and beautiful example!

A new study about Narcissism, published in the Proceedings of the National Academy of Sciences reveals specific parenting practices that raise narcissistic children. Slate’s parenting podcast “Mom and Dad are Fighting” interviews the Lead Scientist Eddie Brummelman [starts at about 10:29, if you’re in a hurry]

Thanks for your comment and the information, Kat. As you know, being an encouraging parent is all about instilling courage in our children, as Tory has so clearly shown here.