“What If Everything You Knew About Disciplining Kids Was Wrong?” is the title of a 2015 article by journalist and PEP parent educator Katherine Reynolds Lewis, in the July/August issue of Mother Jones magazine. In it, we hear the stories of schools and juvenile justice facilities that have implemented “a new approach” to discipline—one that replaces reward-and-punishment systems with a method that teaches adults how to help children solve the problems that are driving the kids’ unruly, angry and inattentive behaviors.

This approach, developed by psychologist Ross W. Greene, actually has been around for a while. Greene’s book The Explosive Child: A New Approach for Understanding and Parenting Easily Frustrated, Chronically Inflexible Children was first published in 1998. What’s new is that the results are in from schools that adopted Greene’s method, beginning in 2006, and they’re impressive. At-risk children who had been labeled “problems” are succeeding and, Lewis says, these schools report “drops as great as 80 percent in disciplinary referrals, suspensions, and incidents of peer aggression.”

I remember seeing The Explosive Child in PEP’s book store soon after its publication. I might even have read parts of it, when my own explosive child was around 6 to 9 years old.

So why, several years later, did I have an explosive teenager? Greene’s premise—that trying to control a child’s behavior doesn’t work, while nurturing a relationship with the child does—was taught in the PEP parenting classes I was taking, and then assisting in, and later leading. Why didn’t I get it?

I find two clues to the reason in Lewis’s article.

1. Lewis describes conventional discipline as it’s practiced in schools, where the rewards and punishments include “everything from red-yellow-green cards, behavior charts, and prizes to suspensions and expulsions.” She makes a compelling case that, “far from resolving children’s behavior problems, these standard disciplinary methods often exacerbate them. They sacrifice long-term goals (student behavior improving for good) for short-term gain—momentary peace in the classroom.” Emphasis is mine, and if you read “child” in place of “student” and “home” instead of “classroom” you’ll see exactly what I was doing.

2. After describing a situation in which teachers took care to figure out what was really troubling an acting-up child and patiently worked out a plan to solve it with him, Lewis concludes: “This all requires a dramatic change in mindset and workflow.” Again, the emphasis is mine.

Many parents in PEP classes struggle, as I did, with the idea that the key to changing our children’s behavior is not some kind of unpleasant “consequence.” We don’t want to call it punishment, but we somehow can’t give up the notion that we need to make a misbehaving child feel badly, and then the bad feeling will motivate the child to behave better.

Even though this never works, we still believe it.

We want peace, now, and we are convinced that our mindset is right and our workflow is essential. Therefore, our child must change, and the quicker the better.

Lewis reports that Greene had been trained professionally in behavior modification techniques—reward and punishment, the same training most of us parents received from our own parents. However, while still a graduate student he began to study the emerging research on brain development, which suggested to him that children’s aggressive misbehavior actually was not under their control because their brains had not yet developed the capacity for such control.

Whatever rewards and punishments might do to a child, they weren’t motivating any behavior changes. “After all,” says Lewis, “what good does it do to punish a child who literally hasn’t yet acquired the brain functions required to control his behavior?”

Lewis quotes Green, speaking at a conference: “ ‘Behaviorally challenging kids are still poorly understood and are still being treated in ways that are adversarial, reactive, punitive, unilateral, ineffective, counterproductive,’ he told the audience. ‘Not only are we not helping, we are going about doing things in ways that make things worse.’ ”

That is certainly an accurate description of the parenting I did, too much of the time. Luckily, however, I was also going to PEP classes all those years, as a student and then as a leader. With my explosive teenager, I knew I had to change, or lose the relationship entirely. Increasingly, there were times when I kept my own brain functions at an adult level, even as my child was pushing my buttons, and I responded with calm empathy and problem solving. When I finally got it (it takes some of us longer), my parenting journey turned onto a much smoother road. 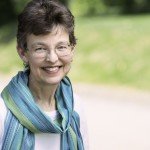 Elizabeth Gelfeld is a PEP parent educator and editor of the PEP Blog.

Hi Elizabeth. I like your article. However, is there a place for natural and logical consequences in all of this? You refer to them briefly, but your examples fall more under the category of rewards/punishment. “Consequences” are how the world works- someone doesn’t show up to their job on time, they get fired, etc. Are you maybe proposing that we eliminate logical consequences, because they’re too close to being punitive? For example, my teen daughter stays up too late and is too loud- and so she sometimes wakes us or her brother/sister up. I’ve told her that if it continues, we’ll be moving her to the basement bedroom. She doesn’t like this proposal one bit, but I see it as a logical consequence. I agree with the empathy- and I need to improve in this category, but is there a balance between these logical consequences and empathy?

Thanks for this comment, Scott. An often overlooked element of a logical consequence is that it must be logical to the child, not just the parent. And, if the child doesn’t buy the logic, the consequence is not likely to achieve the parent’s desired outcome. This is one good reason to try problem solving with a child, which is always a major focus of our Thriving with Teens classes.