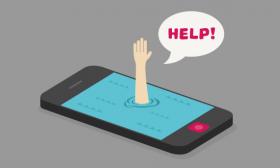 Tweets of the Week

As August begins, we round the bend of summer and look ahead to fall. There’s still another month of “vacation” (which might be getting old, by now) and maybe a family trip on the calendar, but parents’ thoughts are also turning toward the new school year — earlier and oftener than in bygone days, as one of this week’s posts hilariously reminds us.

“It’s a full-time job keeping everyone sane and having fun,” says Eric Braun in this post at Free Spirit Publishing. “This is especially true if your kids are younger than mine, who by now have relatively well-developed skills for coping with anger, frustration, and annoying sibling syndrome. And it’s especially-especially true if you’re going to be spending a lot of time together in a small space like a car, hotel room, tent, etc.” Check out his ten tips for a peaceful family road trip.

Tips for (relatively) stress-free dining out with kids

Washington Post food critic Tom Sietsema tells you all you need to know to eat out with even the youngest kids in this short video.

5 Ways to Save Yourself from Device Addiction

How are the screen-time limits going with your kids? More to the point, says this post at Common Sense Media, what kind of examples are you setting? Here’s help for keeping your own devices in their proper place; and a 22-second lesson on why it’s a good idea, in this video.

When your 5-year-old asks about the F-word

It happens to all of us, and for some of us sooner rather than later. Here’s Washington Post On Parenting columnist Meghan Leahy’s advice on what to do, and what not to do.

Going Back to School: The 1970s vs Today

Shopping for school supplies? 1970s: “On the night before the first day of school (that would be the Sunday night after Labor Day, of course, you know, mid-September) throw the kids in the way back of the station wagon and drag them downtown to Eckerds, K-Mart, Ames, Dollar General, Drug Fair or the like and hurry them over to the back-to-school area to pick out a lunchbox.” Today: “Take five deep breaths and say a positive affirmation. School begins in two weeks. It is the middle of July. Don’t worry, you still have time to order BPA-free bento boxes and authentic Indian tiffins made with special stainless steel that did not involve any child-labor, sweat shops or animal cruelty. Remember, you have Amazon Prime.” Read more hilarious comparisons by Victoria Fedden at Scary Mommy.

And remember, PEP’s August workshops include Teens, Tweens & Screens next Tuesday and Back to School Basics on August 18.

Compiled by the PEP Blog editor.